skip to main | skip to sidebar

Home is Where the Mom Is by Shelly Burke, R.N.

Home is Where the Mom Is

Shelly Burke touches the heart of all mom's when writing this book. She knows from experience how important it is for mom's to care for their family, others, and themselves to make a Christian home run smoothly. Home is Where the Mom Is is a thick, comprehensive book filled to the brim with expert advice on nearly everything a mom faces on a daily basis.

Home is Where the Mom Is is broken into three sections. Section One teaches the importance of taking care of yourself -not in a self-centered 'let-me-shop-till-I-drop' mindset, but in caring for your spirit, your mind, and your body. She opens her first chapter by graciously teaching that developing a personal relationship with God is the first area to turn your attention to.

Section Two covers the area of caring for others. Again Mrs. Burke hits the nail on the head when whe explains that caring for others is not only important but biblical. The section is divided into five chapters that address caring for your marriage, your children, your family and extended family, and for your friends.

Organizing life is a hurdle many of us struggle with. Section Three appropriately brings this area of our lives to the surface and addresses issues like organizing your time, your days, your home, and your finances head on.

Shelly Burke does an excellent job covering everything from praying for our husbands to eating healthy and conquering paperwork-and all from a refreshing God-centered focus. This would be a wonderful addition to any family library.

Shelly has had articles published in many magazines, including RN, Nursing, The Nebraska Nurse, Livestock Plus, Childbirth Instructor, Baby Magazine, and Woman’s Day. She is currently the State Editor for Nebraska Family Times.
Posted by Paula & Gail at 6:26 AM 1 comment:

Having a Mary Heart in A Martha World: Finding Intimacy with God in the Busyness of Life by Joanna Weaver
hardcover, reprinted 2007, Waterbrook Press
ISBN: 9781400074037

I was surprised at how quickly Joanna Weaver jumped into my head. I'd barely begun reading chapter one and suddenly my own thoughts were appearing in published form. As Joanne retold the biblical story of Mary and Martha, two sisters with very different approaches on how best to serve the Lord when He is a guest in their home, she puts into words the struggle so many women face - the "Martha" mindset.

Having a Mary Heart in a Martha World is best summed up in a simple reminder Joanna fives us. "The world clamors , 'Do more! Be all that you can be!' But our Father whispers, 'Be still and know that I am God.'" The Martha in us becomes overwhelmed with duties, 'to do' lists, responsibilities, and our own daily calenders. With the three Deadly D's: distraction, discouragement, and doubt in Satan's arsenal, it's not hard for us to become envious and even irritated with the Marys out there.

Why? Because Marys stop to smell the roses. Marys take time to read their Bibles consistently. Marys listen to that deep yearning to 'be still' and know who God is. The Martha in us feels that same yearning, but it's only added to our lists and continually pushed aside in favor of more immediate concerns.

Joanna's book is one of the very few I've seen on the market that addresses our innermost
thoughts, desires, and struggles between the Martha side of us and the Mary. She addresses the hazards of chronic worry - that nail-biting thought that usually starts out small and ends with a box of tissue and deep agitation. As Joanna so effectively puts it, "If my God isn't bigger than life, then my life is bigger than God and that's when anxiety takes over."

"It all goes back", she says, "to what God desires". I felt a thrill when I read that. So many authors play around that one truth - she meets it head on. And what does God desire. He wants us to serve Him, right? Yes, but our first priority is that one thing we all crave whether we realize it or not: true intimacy and fellowship with God.

Joanna gives several examples and ways to accomplish this: put true worship before work, do not make worship, prayer, and Bible study items to be checked off a list but let them become the things we do because we delight in Him. We do that by simply coming before Him. Put aside the check lists, the schedules, and the emotional upsets.

"Be still and know that I am God."

Having a Mary Heart in a Martha World does an absolutely excellent job in getting to the heart of the issue, in pushing aside all the other distractions, and coming face to face with what God desires. This book has become one that will forever be a part of my bookshelf and one I'll turn to again and again. The book also includes a 12 week companion Bible study and here is a link to the reader's guide.


Joanna Weaver was voted the Most Promising New Writer of 1997 at the Mount Herman Writer's Conference. She has authored Having a Mary Heart in a Martha World and written for publications such as Focus on the Family, Home Life, Aspire, and The Evangel.

A pastor's wife for more than eighteen years, she and her husband have counseled many couples, both those approaching their wedding and those struggling in marriage.

The Weavers live in Montana and have taught young married classes and spoken on the topic of marriage throughout the northwestern United States.
Posted by Paula & Gail at 10:04 AM No comments:

I have always enjoyed a good Christian thriller, but I was surprised how riveted I was in the series Mission: Russia by Susan May Warren. I have read the first 2 and am excitedly awaiting the release of the third book, due to come out June 1st, 2008. 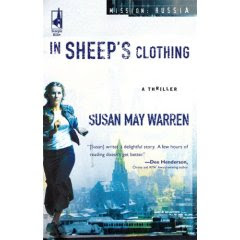 In the first book In Sheep’s Clothing Gracie is ending her two year stay in Russia discouraged and convinced of her failure as a missionary. Days before her flight home, Gracie discovers her friends murdered in their apartment. Scared and seemingly abandoned in a country where the powerful prey on the weak, Gracie uncovers a Russia she never knew existed. At the mercy of the Russian KGB agent investing the case, Gracie can only turn to God for peace.

Vicktor Shubnikov, has reasons of his own to be interested in the murder surrounding Gracie. Victor has spent years chasing the illusion of a man called Wolf, getting close but never close enough. He slipped through Vicktor’s fingers once before, and it’s only a matter of time before he kills again.


Together with a group of friends Gracie and Vicktor struggle to discover the medical secret Wolf is after before they lose their hearts to each other or Gracie’s life to the Wolf. 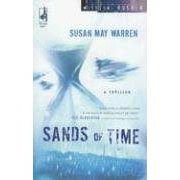 In the second book, Sands of Time, we follow Sarai Curtiss who has been in Russia for the past two years as a medical missionary. When the son of Govenor Bednov dies of an unexplainable sickness and a village child dies a few days later of the same sickness, Sarai is determined to discover what is going on.

Complications arise as Govenor Bednov; a former Communist and his party, overthrow the government in a bloody coup. He demands that all foreigners leave under punishment of death, but Sarai is dedicated to the hospital she has worked so hard establishing and the mystery of the sickness that has killed 2 children already.

In enters Cobra Captain Roman Novik, a man who broke Sarai’s heart 13 years ago. He’s familiar with Sarai’s stubbornness and will stop at nothing to see to her safety – even if it means going AWOL and facing prison if he’s found out.
Roman and Sarah race against time to unravel a mystery while Russia unravels around them.


Here is a summary from Ms. Warren website of the third book in the series entitled Wiser Than Serpents due to come out June 1, 2008. 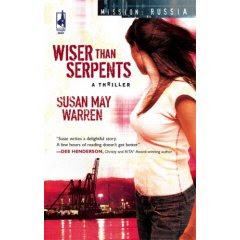 When her sister vanishes into a human slave ring, FSB agent Yanna Andrevka is determined to rescue her. Unfortuantely, she's in over her head, with no way out, especially after destroying the undercover operation of Delta Force Operative David Curtiss, who is deep undercover in the Twin Serpents crime syndicate. David has his hands full trying to save Yanna, and his operation -- one that could rescue hundreds of women from the Serpent, or cost he and Yanna their lives. The thrilling next chapter of the Mission:Russia series!

Susan May Warren grew up in Wayzata, Minnesota and lives once again in Minnesota after she and her Husband and four children served as missionaries in Khabarovsk, Russia. You can find her at http://www.susanmaywarren.com/
Posted by Paula & Gail at 3:05 PM No comments: 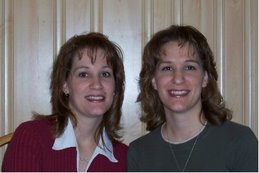 (Paula) & (Gail) Though they live over a hundred miles apart, Paula and Gail maintain their friendship and love of reading/writing with long distance phone calls a few times a month. (Ahem) Okay, a few times a week. (Ahem). Okay, fine, nearly every day. (AHEM!) Oh, all right! Usually several times a day. And no, they will not reveal the number. (But boy are they glad for unlimited long distance!)